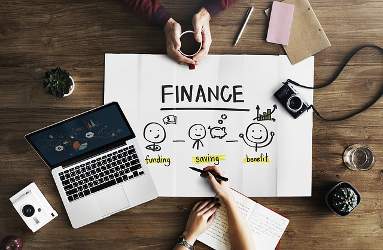 Back before the housing bubble burst in 2008 and 2009, it was pretty easy to qualify for a mortgage. Lenders were rushing through as many loan agreements as they could get people to sign, and while this led many people into home ownership, it also meant that a lot of people ended up with houses they couldn’t afford. When they fell behind on their mortgages, they ended up going into foreclosures. Banks that ended up overextended as a result went under if they couldn’t get a government bailout. As a result, the rules for lending became much tighter, leaving a lot more people out there who want to buy a house but can’t qualify through a traditional lender.

One common alternative for people looking to buy a home without qualified financing is the rent to own contract or an agreement for sale. The more frequently used of the two is the rent to own, which basically places the occupant in the role of a tenant, but the money that he pays to the landlord is convertible, either in part or as a whole, toward the purchase price of the house at a predetermined point in the future. An agreement of sale is a gesture by the current owner, who agrees to sell the house for a particular amount at a particular point in time. Until that time, the tenant continues to pay rent while building up savings to make the purchase.

There are several benefits to either of these approaches. First, you get to live in the home of your dreams without having to buy it. If something goes significantly wrong, such as a furnace going out or foundation problems becoming evident, the landlord is on the hook for the repair costs, not you. Also, you can back out of the agreement as the buyer, and all you lose is the rent that you paid — so you’re really not losing anything if the house turns out to be a lemon.

However, the con is the flip side of that monetary coin. Sure, you’re not stuck with a problem house, but you also threw more money down the rent hole, and if you aren’t able to buy the house at the pre-determined point in time, then you lose all the money you paid thinking that it was going to your purchase price. You may have thought that you were going to walk into that house with a significant amount of equity, but instead you’re left with nothing to show for it except a lot of rent receipts. Also, you have to wait until you actually own the house to deduct things like mortgage interest and upkeep expenses. That’s the other side of the benefit about maintenance. It’s good to work hard to maintain a home, but if you’re not the owner, you don’t get a tax break on things like fixing a burst water pipe, installing a sprinkler system or other common maintenance tasks.

Most homeowners who look into this option have a real desire to sell the home to a particular buyer, even though that buyer can’t qualify for traditional financing. Perhaps the buyer is a close friend or family member who could use some help, and buying a house in this way is the best way to provide that assistance. Either way, in A lot of times, selling a house in this type of relationship provides a lot of flexibility. They are comfortable with taking a large portion of the value of the home now and waiting for the rest of the proceeds later. In a traditional sale, of course, the seller walks away with a check for the entire purchase price, usually from the lender who is extending the mortgage to the buyer. For homeowners who owe 65 percent or less LTV on a rural property or 80 percent or less LTV on an urban property, this is something to consider.

If you don’t already live in the property, there are a couple ways to qualify as a tenant buyer. First, you have to have a 5 percent down payment that you accrued during the “rent to own” phase, and the landlord is committed to having you live in the property as the new owner. Using the alternative selling and purchasing financing is one of several ways for potential homebuyers to evade the requirement of traditional lenders while still ending up with the home of their dreams. There are also people who provide mortgages as private lenders, but that is generally a higher end choice. The notion of renting to own or having a purchase agreement is one that intimidates some because of the possible risks involved on both ends. However, Amansad Financial has a track record of connecting potential homebuyers with owner/tenants who are willing to work with buyers. If you are looking to sell your home but can deal with the delayed income that comes with this sort of agreement, you can actually pay off handsomely. Amansad Financial knows investors who are constantly looking for the next great real estate deal, and anyone with a bit of liquidity can buy in to this sort of deal without having to take on an unacceptable amount of risk.

Any mortgage involves a degree of risk — if it didn’t, there wouldn’t be an annual interest rate, and you wouldn’t have to apply for one. Instead, they would just come with your house. However, the bank has to analyze all of your financials, including your assets and verifiable income, before making a decision. For those who do not quite fit into the traditional lending model urged by the banks, the rent to own and agreement purchase options are attractive ones.

Talk to one of our customer service professionals at Amansad Financial about Creative Financing Home Purchase today. Every person’s story is different, and our job is to help you turn what you want to do into what you are doing with regard to your liquidity. Whether you are on the buying or selling end of this transaction, understanding how “rent to own” works goes a great way toward making your investment and real estate dreams come true.