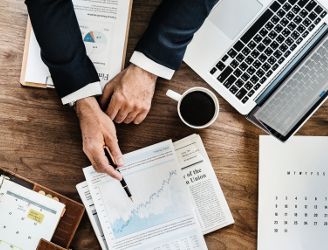 It is true that home prices are increasing in some parts of Canada to levels as high as or higher than they ever have been before. However, lenders are responding to a slackening in business by offering lower mortgage rates. According to Ratehub.ca, which provides rate comparisons, rates on a standard fixed-rate, five-year mortgage have dropped well below three percent throughout much of Canada.

Some of this has to do with cyclical dips in home buying. During the spring, many families try to get their moves finished before their children end up having to start a new school year. That is why so many mortgage companies send out promotions between April and June. Five-year fixed-rate mortgages have dropped to 2.64 percent for borrowers with excellent credit, and those with some blemishes on their credit can find a loan for 2.89 percent.

Why have rates dropped like this? The government bond market is one reason, as the yield for a five-year government bond has dropped below 1.3 percent. Lenders set their fixed-rate loan margins on the basis of rates they can find in the bond market. So they borrow using bonds and lend at the higher rate, pocketing the profits.

Overall, this is good news for borrowers who are facing renewal in 2019 – and about one in six notes in Canada will hit renewal before December 31. This means that renewal should not involve a significant increase in interest rate – and could involve a nice decrease. For the time being, potential mortgage borrowers have plenty of reasons to look into changing from renting to owning.

If you already have an existing mortgage, these lower rates could extend to a second mortgage to free up some funds at renewal and could even make private financing less expensive for those who are running into difficulty finding traditional lenders at renewal. No matter where you are on the credit spectrum, low interest rates represent good news.