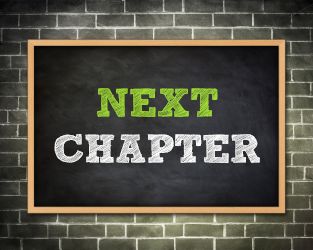 Deferral of Payments Come to an Anxious End

And Now Comes Fall: The Effect of the End of Deferrals on Mortgage Defaults

The Office of the Superintendent of Financial Institutions, the chief source of regulation of banks in the Canadian federal government, is starting to wind down the generosity in terms of deferring mortgage payments. For homeowners who have had their finances ravaged by the COVID-19 shutdowns, things remain positive for now, but the time is ripe to start planning ahead.

Between August 31 and September 30, 2020, deferrals that are granted will be eligible for special capital treatments for premium and loan payments for a maximum of 90 days, rather than 180. The deferred loans will not be treated as past due, so the loans will not fall under the terms for elevated capital requirements.

At the end of July, Canada’s six largest banks had about $170 billion in residential mortgage deferrals still outstanding. The majority of these were granted in March and April of 2020, when the COVID-19 shutdowns first took effect, leaving millions of Canadians without a job and seeing their personal revenues dry up.

When October comes, though, the special rules that had been put in place will go away. Will that mean an increase in defaults?

According to TransUnion Canada, about 9 percent of credit consumers in Canada have one or more active deferrals on payments. A little more than a quarter of those deferrals are for mortgages.

The Catch-22 that the Canadian government faces is that it is government intervention that has, in large part, gotten the economy started again. Corporate earnings are back up, and other economic indicators are improving. However, that level of government spending is not, at least theoretically, sustainable indefinitely, and so once that assistance starts to go away, how the economy responds will be crucial to watch.

Payment deferrals are one form of assistance, along with the Canada Emergency Response Benefit (CERB). According to Evan Siddall, president and CEO of the CMHC, there is a possibility of a sort of “cliff” coming in the fall, as some mortgage borrowers who are still out of work will start having to make their mortgage payments again. Siddall argues that as many as 20 percent of mortgages in Canada could end up in arrears.

Robert McLister, Rates.ca’s mortgage editor, is less pessimistic. He does see arrearages climbing between October 1 and December 31, but he also believes that many borrowers have used the deferral time to save cash so they could make payments when the deferrals ended, and that others could access other lines of credit to fund their mortgage payments.

For those looking to access home equity, the good news is that home values have either held steady or even increased throughout Canada after the end of the most stringent COVID-19 restrictions. In July 2020, home prices were, on average, up 14.3 percent over July 2019. This relatively strong market will provide a place for home sales for those who need to sell in order to avoid foreclosure, without having to suffer too much from a short sale.

The amount of consumer debt in Canada remains a concern. Bank of Canada released a study in June that found that 20 percent of households had enough financial reserves for just two months’ worth of mortgage payments if their income stopped, while another third could make as many as four payments.

The CERB looks ready to end in mid- to late September – and many companies have realized they don’t need to bring back everyone they had to lay off. So for now, government assistance will continue, but Canadian homeowners who have benefited from mortgage deferral should start preparing for an autumn in which they need to start making payments again.

At this time, every household situation will vary, so for some alternative equity mortgage loan options are available to allow property owners to supplement lost income and cover expenses for an extended period; depending on their equity in the property. An alternative mortgage must be used wisely, and should be used as a short term solution if a traditional, semi-traditional mortgage is not available.