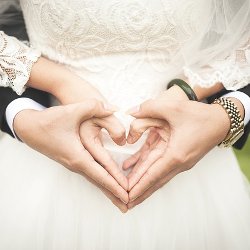 Marriage and Separation in Canada

Insight on Separation & Divorce in Canada

Are you thinking about a separation from your spouse?

Then you need to know the legal ins and outs when it comes to separation under Canadian law. This article will go over some ideas that many people have about separation so that you will know exactly what your Separation Agreement must include.

It’s important to note that Canadian law does not provide for a “legal separation” filing. As soon as you move out (or your spouse does) you are considered “living separate and apart.” The only term that “legal separation” refers to is the contract that many couples sign when they separate.

Separation does not lead to an automatic time line toward divorce in Canada. You can stay separated indefinitely; some couples wait to file until one of them decides to remarry. However, the separation period has to last for at least one full year before you can file for divorce in Canada, unless you can establish cruelty or adultery as a reason for filing.

You do not have to wait to start applying for your divorce for a full year, but the court system will not grand a final decree of divorce until one full year from separation has passed. If you and your spouse attempt reconciliation, but that attempt fails, your one-year clock does not start over, unless you lived together for a total of 90 days during the separation period, either at one time or combining several attempts. The rationale behind this is that couples should have the chance to work on their marriage without having to start their one-year separation period over if things don’t work out.

Separation does not necessarily mean that the two of you have separate addresses; from a legal standpoint, the two of you have to live lives that are separate. Obviously, one easy way to prove that would be if you live in different places. However, some couples cannot manage that, because of finances, the need to care for children or other reasons. Couples who live at the same address but want to prove separation generally need to have legal representation, as this can be hard to prove.

If you and your spouse sign a contract about the various rights that each of you has about property, debt, child support, alimony, child custody and visitation, and other related issues, this is your separation agreement. Canadian law does not mandate a separation agreement and includes no set forms that this agreement should take. However, these agreements are a good idea, because couples that decide to proceed on the basis of verbal agreements can end up experiencing significant frustration when one partner decides to break the agreement and there is no proof of the agreement’s existence.

If you’re thinking about a separation agreement, it’s best to have a lawyer draft it for you. Canadian law does not require this; you are allowed to write your own. However, requirements vary by province as to the content of these agreements, so you’ll want to see what rules govern your location. If you put together an agreement that violates the rules in some procedural way, you could end up going to court and seeing a judge fail to enforce it. In general terms, though, here are the things that you need to have in your agreement (although you’ll want to check provincial law and consult a lawyer).

1. Full Legal Name of Each Spouse

A separation agreement is a key step in the divorce process. The terms will affect you, your spouse and (when applicable) your children going forward. This will become a binding contract that you must follow, so having a lawyer review it carefully before you sign it is the best practice. Don’t sign it until you have carefully reviewed every term in the agreement.