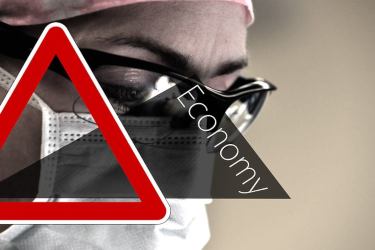 When you need to refinance a mortgage in Canada, there can be a lot of headaches. The information in this article relates primarily to traditional non-private lenders. If you find that you’ve hit many obstacles and cannot secure a traditional refinance, then a private mortgage may be the fast and easy short term solution.

Refinances are not insurable, so lenders often make you jump through hoops that you didn’t have to make it through to take out the initial loan. You might be trying to save money that you could definitely use elsewhere in your budget, but the bank’s not helping. There are some cases in which private mortgage lenders might serve as a helpful alternative. Let’s take a look at refinance and the impact that COVID-19 is having on it.

If your refinance application has stalled, you’re far from alone. Lenders have some incentive to help you, but if you’re working with the same bank that issued you your initial loan, you’re basically asking them to do work to save you money, or you’re asking them to do work so that you can take out equity. There are a lot of reasons that people refinance, such as:

However, the markets are all over the place right now, and so refinances have come to a halt. Let’s look at some reasons why this is the case.

In today’s market, it makes sense to worry about income stability for borrowers. It’s not enough that you have a job now and can pay the loan. Will you have that job in a few months? In March 2020, a million jobs disappeared from the Canadian employment market, according to BBC News. The Conference Board of Canada issued a projection on April 6 that the country could lose a combined 2.8 million jobs between March and April, which would roughly make one out of every seven jobs.

So lenders are going to look very closely at applicant income, both now and what it will be for the extended future. After all, the economy might open up in May, but it might take a lot longer. Some are saying that the economy won’t return fully to normal until there is a vaccine, which could take as long as 2021. If your income prospects have dwindled, it will be tougher for you to get refinancing approved through a traditional lender.

If you’re using self-employment (BFS) income, then you have to provide extra documentation. Instead of just standard income documents, you have to provide a business description, the number of employees, its current situation, and length of time in operation. Lenders may ask for more due diligence to figure out how stable the business will be after the pandemic passes.

If you’ve gone through a layoff, some lenders won’t even look at your income to help your application unless the lender and the insurer (if applicable) grants an exception. Government benefits do not qualify as income for the purposes of a mortgage application. If you are not working in an essential industry, you will have to provide documentation that your employer will continue to pay you while the country is under COVID-19 restrictions.

Properties are appraising for less than expected

Part of a property’s appraisal value comes from recent sales data on comparable properties. Given the dip in sales right now, since the middle of March, comparable transactions are few and far between. There is a great deal of pessimism in the market right now, and conservative estimates mean low appraisals.

When homes are selling, resale values are going down as well. According to HouseSigma, the median home price in the Greater Toronto Area has fallen by about six percent from February to April. When people are selling right now, though, they have no certainty that they will sell. Buyers will have a harder time getting mortgage approval (for the same reasons we are discussing here), so sellers who are worried about keeping up their mortgages are taking what they can get, in a lot of cases, so the drop in appraisals may be warranted.

Institutional lenders in Canada could not refinance more than 80 percent of a property’s appraised value before the COVID-19 shutdown. While the rule has not changed, some banks are quietly revising their own rules to take that down to 75 percent. Some private lenders (who could go higher than 80 percent) are also trimming their maximums.

So what can you take away from this?

It is harder to get refinancing through institutional lenders than it was a couple of months ago. Lenders are looking a lot harder at the documentation, and so a lot of the cash-out refinance deals where homeowners use equity to pay for their kids’ college or for a boat (or to pay down high-interest credit cards) are going to be harder to find with traditional lenders. Depending on your equity situation, you may need to consider working with a private lender, particularly if you have an opportunity to eliminate some debt while increasing the household cash-flow. If you have questions about your individual situation, or quickly want to determine your options, get in touch with Amansad Financial.