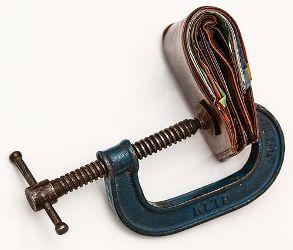 Looking to refinance a mortgage with arrears?

The year 2018 brought in some even tougher lending rules for institutions looking to provide mortgages, as Canadians had to go through a “stress test” to qualify for funding, even if they had a down payment of 20 percent or more to put toward the purchase. Before 2018, the only people who needed to go through this sort of scrutiny were those who needed mortgage insurance because they did not have a 20 percent down payment.

Since the 2008 Great Recession in the United States brought significant economic turmoil to the global financial system, the Canadian federal government has made the national mortgage rules more restrictive on seven different occasions, putting limits on the amount of money that Canadians can borrow.

What does the “stress test” involve? It measures whether first-time homebuyers can qualify for a mortgage based on the current five-year benchmark rate set by the Bank of Canada plus two percentage points. This also applies to people hitting renewal, and since you can’t have a loan with a term longer than 10 years in Canada, and a mortgage can have an amortization as long as 25 or 30 years into the future, you’re going to hit multiple renewals as you pay off your home in most cases. At each renewal, you will need to prove that you can pay your mortgage at the current rate as well as a rate two percentage points higher.

If you’re looking to refinance, you will hit similar scrutiny. And if you’ve already fallen into arrears, that can make matters especially dicey, as loans to pay mortgage arrears can become extremely difficult to secure from a traditional lender.

What does this mean for Canadians who have fallen a payment or two (or perhaps three or four) behind and are headed down the road to default and possible foreclosure? The temptation can be simply to stop making payments, stop communicating with the bank and hope that somehow the process will last long enough for the borrower to come up with the arrears miraculously and get back on track.

There are two flaws with this strategy. First, if you don’t communicate with your bank, you will find that they are extremely inflexible, even if you do come up with the money in the next couple of months. Each step that the bank has to take with regard to moving through the legal process of foreclosure is expensive, in terms of legal fees, and spending money on foreclosure is not something that banks want to do with their money.

Second, simply waiting and hoping that money will turn up just adds to the late fees and other charges that you will have to pay, even if you end up finding a way to get your loan current. Another way to avoid the financial and personal disaster of foreclosure is to secure private funding to refinance your loan. With private lenders, your credit score is still a metric used to determine approval, but the value of the property is more important than it is with the traditional lenders, and if you have equity and the land and property have enough value, a private lender will often work with you to refinance the loan and may even allow you to make interest-only payments over the term of the note (usually between six and 24 months) so that you have more money in the bank. When that term runs out, hopefully you have put your credit and personal finances back together to the point where you can pass the next “stress test” and get back on the road to paying off your home.