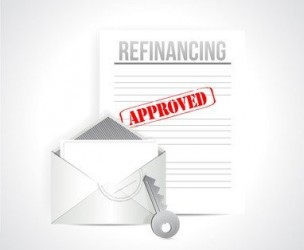 If you are in debt over your head and realize that making your mortgage payments is not going to be possible, you can refinance your mortgage with a consumer proposal, through a program sponsored by the Canadian government. It is currently the only program that Canada’s government administers, and it was incorporated into the wording of the Bankruptcy & Insolvency Act as a way for people who cannot find a way to meet their debts to avoid bankruptcy. If you make a consumer proposal, you have a time period of protection from the creditors while you strike a deal to pay back some of your debts. Ultimately, you only repay the amount that you can afford. Your creditors end up with more than a bankruptcy settlement would give them, so it’s ultimately a win-win for you both.

So how can you refinance a mortgage during Consumer Proposal? There are ways, but you have to have all of your ducks in a row. If your current mortgage has been paid on time and is up to date, you shouldn’t have any problems renewing a mortgage that has come to the end of its term, and it is also possible, in some situations, to refinance an existing mortgage. If you begin a Consumer Proposal and then try to get a new home loan, that process is considerably more difficult.

One thing that may help you gain approval for a refinancing when doing a mortgage renewal with consumer proposal is bringing in a co-signer. This would allow someone with much better credit to be part of the application process. It is also good to create a budget report to show the refinancing lender. This shows that you can make monthly payments within the income that you have. If you represent a higher risk, of course, you can expect to pay a higher rate of interest. You’ll also want to get a letter from the Consumer Proposal Administrator overseeing your case attesting that you have made all of the payments under your pending Consumer Proposal on time. It can take as long as five years for a Proposal to be completed, so there are many people that go through renewal and/or refinancing during their Proposal period.

If you are considering filing a Consumer Proposal or have already filed one, and your mortgage is one of the reasons why you need to start trimming debt, talk to one of our experts at Amansad Financial who can help you Refinance Mortgage With Consumer Proposal. We will take a look at your specific situation and make a recommendation as to your best course of action. Many people fall behind on their debts, so don’t let that stop you from making sound financial decisions that will affect your future.

Most of the time, you probably hear about refinancing your mortgage loan even with bad credit as a way to reduce the interest rate that you’re paying. Because of the Canadian way of handling mortgages, you can rarely sign a loan that’s longer than ten years in term, and frequently people sign mortgages that are significantly shorter in term because getting a ten-year note means paying significantly more in interest rates. However, there are some situations in which refinancing in the middle of the loan to get a better rate makes sense.

There is another situation in which Refinancing a Mortgage Loan with Bad Credit becomes necessary, and that comes when foreclosure appears to be imminent. Perhaps you’ve recently gone through a layoff, or your spouse has had an illness and has not been able to work. Maybe you’re going through a divorce and are really struggling to make the payments on your own, but you haven’t found a buyer at the right price. You’re about to get a raise at work, but you need something to keep the bank from foreclosing in the meantime.

In this case, refinancing with bad credit can save your house — and keep your credit rating from tumbling further. In this case, another lender pays your existing mortgage, and you transfer the obligation to this new lender.

How would this work? Amansad Financial has connections with a network of private lenders throughout Canada. These companies and individuals specialize in funding mortgages that represent a higher degree of risk than people with stellar credit scores. They recognize that there are some cases in which the borrower still represents a fairly low degree of risk — after all, people will usually default on everything else before their mortgage — and they want to profit from the real estate market at a rate higher than what the banks get.

So if you’re finding yourself caught in the early steps of foreclosure, you can eliminate much of the stress of your situation by securing a second loan that pays off your mortgage. In many cases, these private lenders only ask you to pay the interest portion of the loan during the term, which varies between a few months and as long as two years. This gives you time to get your financial affairs back in order so that you can go back to paying interest and principal. At the end of the loan, you can either renew the loan with the private lender (if the lender is open to it), find another private loan or go back to the bank, if your credit is back up where it needs to be to gain approval.

You may be wondering how the approval process works with a private lender. After all, if your credit were in the right place, your own bank might refinance your mortgage loan to get you out of this situation. However, you may have already explored refinancing with your own bank and other lenders, only to get turned down because of your credit score.

With bad credit mortgage refinance lenders, the property is the element that the lender uses to approve or deny the loan, as well as the amount of equity that you already have in it. In most of the major cities in western Canada, private lenders will provide up to 75 percent of the value of the house in a loan. Here’s how this works. If you bought a house for $400,000 and still owe $250,000 on it, you have a significant amount of equity. Even if the value of the home has sagged a bit in the market to $360,000, you’re still asking for a loan ($250,000) that is just under 70 percent of the value, so most private lenders will work with you. For people living in urban areas, some private lenders will fund 85 or 90 percent LTV loans, depending on which part of town the property is in.

If you live further out, you’re going to need to have more equity. The top LTV that many private lenders will provide in rural communities is 60 or 65 percent, although some will go as high as 75 percent on a case by case basis. If you’re just buying land, you need to have at least 50 percent of the value in equity for a private lender to help you. The more documentation you have in hand, the likelier lenders are to push the boundaries a bit to work with you. After all, they want to make money too.

If you are in the sort of trouble that leads to foreclosure, give one of our private lending specialists at Amansad Financial a call. We will go over your situation and recommend the best way out for you.

Refinance to Pay off Debts or Consolidate

If you have accumulated a number of different debts, such as multiple credit cards, or a student loan, or medical debt, in addition to a mortgage, you may want to consider consolidating all of them into one loan. The purpose of this is to simplify your life, with one monthly debt payment to consider, and you can also benefit from a lower interest rate, as consolidation loans often carry less interest than consumer debt does. This article provides information about different options that you have to bring your debt payments down to one — and cut your interest expense as well.

One option that you have is to add the debt to your existing mortgage. If you’ve been paying on your mortgage for several years now, and your down payment was large enough, you might have enough equity to be able to take it out and add that debt to your current mortgage. The interest rates on a mortgage are generally going to be lower than other forms of debt, and you can amortize most mortgages in Canada for as long as 25 years. Whether you do this or take out a second mortgage, it’s good to know that interest rates in Canada are at historic lows, available between three and six percent.

You could also apply for a debt consolidation loan. Many banks or credit unions offer this, although some will only lend as much as a fraction of a person’s net worth, which would be their assets less their debts. They may go higher than that if you can offer some security, such as the title to a newer vehicle, in which case they may lend you as much as the “black book” value of your car. However, “black book” is a conservative valuation — much less than what you will usually find as the resale value. Other assets, such as boats, motorcycles, vacation homes, vacant land or mutual funds not part of your RRSP account, can also serve as security, depending on the lender’s policies. The key if you choose this option, though, is to stay strictly within a budget and not continue to add to your consumer debt at the same time.

Another option is to ask family members or friends for a loan. You do run the risk of altering the relationship that you have with that relative or friend. If that person says No, then you need to tell yourself that the person is just trying either to keep a healthy boundary or is going through some financial issues. Also, if they give you the loan, you have to treat it just as seriously as if you were borrowing from a bank. Draw up an agreement and keep to your agreed payment dates.

A finance company, subprime or private lender could also help. In this case, though, the interest rates could climb as high as 15 or even 30 percent — which would mean that you’re getting close to consumer debt rates. With the loan origination fees, you might not be saving much money here, so take a close look at the deal. In some the cases the increase in the cash flow and the single payment is all a person needs to bridge the gap from a tough situation to a better one.

Still looking for options? You can also thinking about other ways to alter your budget. Do you have assets that you don’t use anymore? Do you have a garage full of older electronics, sporting goods and the like? You could turn that into several hundred dollars if not more. Do you have some pricey hobbies that you could cut out? Do you have some lifestyle choices that you don’t need to keep doing? Could you add another job? Those questions could lead to some decisions that end up saving you a lot money over time. Even if it means a short-term series of sacrifices, the long-term benefits could be significant.

There are some programs that offer debt management or orderly payment of debts arrangements, depending on the province where you live. This also allows you to consolidate credit card payments into one payment and ask creditors to reduce the interest rates. These programs also include credit counseling so that borrowers understand money management skills and don’t end up in the same situation.