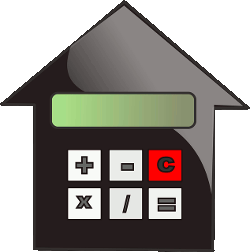 If a lender is going to provide funding with real property as its security, that lender will almost always have thorough familiarity with the due diligence that the borrower and the property go through before the loan goes to closing. The purpose of this due diligence is to make sure that the property does not have any other liens or obligations attached to it. This is where the process of reviewing the property’s title comes in – its purpose is to show if the title has other mortgages or other encumbrances attached to it. However, this process often fails to reveal superpriority claims against the borrower’s assets.

What is a superpriority claim? This is a lien that gives the listed governmental entity with a top priority claim over any and all assets, both personal and real, held by a tax collector who has collected taxes but not sent them into the governmental entity on whose behalf the collector acts, as well as other types of source deductions. The laws governing this process generally set up a trust in favor of the government, set up for specific amounts that the tax collector would bring in for the government. The law also indicates that this trust is an obligation that comes before a security interest that the tax collector might have assigned to a creditor for any of its other assets. A superpriority lien will generally come before any other creditor’s claims – even ahead of secured creditors who have had their priority registered with governmental entities – even if those registrations happened before the establishment of the superpriority lien.

There are both provincial and federal laws in Canada that provide for superpriority liens. The Income Tax Act, the Canada Pension Plan, the Employment Insurance Act and the Excise Tax Act are all federal laws that include provisions for this sort of obligation. Ontario also has the Retail Sales and Tax Act, the Development Charges Act and the Workplace and Safety Insurance Act at the provincial level. When it comes to city government, anyone owing development charges that can apply to the real property tax roll assessment will likely reach superpriority status.

When it comes to the superpriority liens that arise under the Income Tax Act, there are a few different “prescribed security interests” that take precedence before the superpriority. One of these is a registered mortgage, which would have priority over the superpriority lien if the mortgage were registered before the amounts came due under the established trust set up by the law. However, this security goes down by any payments that came in after the amounts that the government was owed came due. If the mortgage is in place to service a revolving credit line, and the deemed trust comes into being between the time of the mortgage registration and a later advance that takes place under that same mortgage, the deemed trust takes priority over security that relates to the advance that came afterward. If a debt receives security from both personal and real property, the real property mortgage has priority, that priority is limited by the worth of the security for the personal property.

It is possible to protect against unknown superpriority claims in several ways over the course of the due diligence that occurs during a lending transaction. Running title searches is an important part of due diligence to determine that the property taxes are up to date – and cannot lead to superpriority liens. The mortgage documentation should also include in its terms that superpriorities cannot serve as encumbrances. The lender can also mandate that the borrower provide in the closing documentation a statutory declaration indicating that all deductions and any other obligations that could serve as the basis of a superpriority lien have all been paid in full to the proper government institution.

Secured creditors also should remain cognizant that if they take in the money on their security but do not pay the monies owed as a part of the deemed trust, they will face personal liability to the government for those particular amounts. Secured creditors may ask the provincial and federal governments for clearance certificates when it comes to taxes or other source deductions that the borrower owes. However, it can take up to half a year or longer for both levels of government to respond to those applications. Even if the federal government issues the certificates, it is not bound to honor them.

If there is a superpriority claim and the secured creditor wants to realize on the security, the creditor may come to a settlement with the governmental entity in question. One part of this is obtaining assurances that the superiority claim will come out of the other claims of creditors in an equitable way. At the provincial level, though, the creditor can proceed by petitioning that the debtor go into bankruptcy, as that process generally turns superpriority claims at the provincial level to unsecured claims.

One final note – the Supreme Court of Canada has found that superpriorities are valid for all of a tax collector’s assets as the collector acquires them. However, after disposition, the lien only attaches to the proceeds, not to the property. This is why those purchasing real property do not need to worry about superpriority liens.