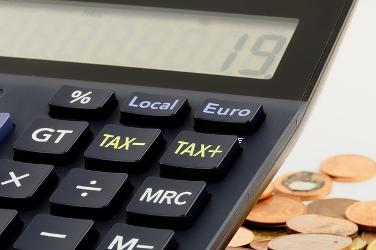 By Harinder SinghDecember 15, 2022No Comments

One problem for many Canadians is the inability to afford to purchase a home. Because home prices have been on a steady increase, the average Canadian is a renter. The Canadian government is suggesting a law to provide stability and slow down the steady increase in property values – in essence, a tax designed to discourage “flipping”. Flipping is buying a property, improving it and then turning around and selling it at a higher value. The proposed law would penalize Canadians who sell a home or rental residential property that they have owned for less than a year by treating the profits as business income. This means that taxpayers who used to be able to categorize this income as capital gains or use the Principal Residence Exemption would no longer be able to do so. Individuals who end up losing money on the deal do not get the penalty of a non-capital loss, though.

When does the law take effect?

The proposed rule would affect residential properties that are sold beginning January 1, 2023; the government announced the measure along with the federal budget that came out in April 2022. The government connects the practice of property flipping with the recent increase in the price of housing. The logic behind the change is that the Canadian public should benefit from these profits by having them subject to taxation under business income rules.

The proposed rule would also apply to assignment sales; the 12-month minimum holding period would start again after the individual who agreed to the purchase assumes ownership of the property. This additional application was announced when the Canadian government released its Fall 2022 economic statement. The reason for the addition was the possibility of some taxpayers purchasing property before it was constructed; in those cases, the 12-month window might be completely over, or mostly over, before the property was even finished, making it easier to sell quickly and avoid the additional taxation. Having the holding period start when the taxpayer takes possession keeps individuals from using the construction period to avoid the higher tax.

Even though the new rules do not take effect until the new year, the CRA is already challenging transactions that it perceives as “flips” for the purpose of short-term profit. A recent example involved a homeowner in Toronto who had her Principal Residence Exemption claim denied, ending up in reassessment for the tax years 2011, 2015 and 2016 involving four properties that she owned back then. The 2011 sale of a property in Toronto drew special ire from the CRA, which also imposed a penalty for gross negligence in that year.

In court, she explained that she was going through difficulties with her then-husband, which led to moving in and out multiple times between 2010 and 2014 before a divorce in 2015. The taxpayer indicated that she lived at the property in question during 2010 and 2011 in order to escape her abusive ex-husband. The CRA pointed to her reconstruction of the property, but the judge was not convinced, instead noting that her tumultuous relationship appeared in documentation from the time, and the woman was a teacher, not a real estate professional. Because she did not live at the property regularly, though, she could not consider it her principal residence.  The judge set the gross negligence penalty aside but still withheld the Principal Residence Exemption. This is the level of scrutiny that Canadian taxpayers can expect going forward.

How does taxation work for real estate property sales now?

When a person sells a property, in most cases, the profits are taxed as capital gains, which means that only half of the profits are subject to taxation. There is also a Principal Residence Exemption in place for people selling their primary dwelling. If an individual sells a property – whether their primary residence or a rental/investment property – in fewer than 12 months after purchasing it, those profits are subject to full taxation and are not a part of capital gains and do not fall under the Principal Residence Exemption.

The Canada Revenue Agency (CRA) has had the means to penalize property owners for flipping by applying full taxation in the past. However, the CRA had to prove that the taxpayer had the intention of flipping the property for the express purpose of profit. By implementing the 12-month standard, the CRA no longer has this burden of proof.

What is a Principal Residence Exemption?

When you have a home that is your principal or primary residence, and you sell that home for a profit, you can avoid any taxation on the capital gains by claiming the Principal Residence Exemption. This means that those profits are not taxed as personal, business or capital gains taxes. There are some requirements for the exemption:

Basically, the purpose of this new rule is to keep people who buy and flip homes to keep the profits away from the CRA by claiming the Principal Residence Exemption on the dwelling.

Are there any exceptions to the new rule?

There are some exceptions to the rules that would allow for the sale of a home within 12 months in the case of specific life events. People who fall under the following situations can apply for an exemption, and this list is not exhaustive:

If an individual wants an exemption to apply, s/he would need to undergo a property sale audit to find out if the sale of the property led to business income or the sort of capital gain that would have fallen under the Principal Residence Exemption (or the capital gains from the sale of a rental property). The backlog in this audit process is significant, though.

What else is the Canadian government doing to stop the rise in home prices?

There are some exceptions. Non-Canadians, for example, may purchase residential property if they are married to a Canadian. So can properly registered Indians and people who qualify as temporary residents as set out in the Immigration and Refugee Protection Act.

Any non-Canadian who ends up purchasing residential property despite the ban can face a fine not to exceed $10,000, as can any Canadian person or entity who provides any sort of assistance in the transaction. A provincial court can also order the forced sale of properties that end up improperly purchased. This ban also takes effect on January 1, 2023.

None of the information in this article is intended as legal advice. Each transaction is different, and buyers and sellers should consult with a solicitor and a tax professional. Amansad Financial can help with the financing of real estate, particularly when a move into the private lending market is required. Please reach out for assistance if a traditional finance option is not available.